The Language of Connection 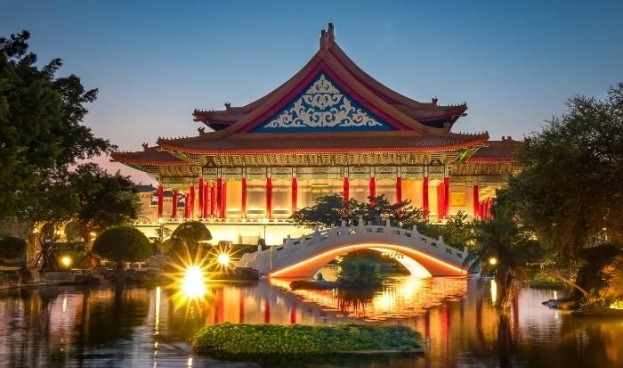 The Language of Connection

Attending activities at local temples, directing prayers to the souls of our ancestors, gathering with family around round tables during the Lunar New Year, and visiting grandparents during Chinese holidays are common examples of long-instituted traditions that connect members of my community together.

To this day, however, many of these traditions have been forgotten by children and young adults, as parents nowadays rarely teach and pass down these customs to the younger generations. Many of my peers, including myself, have been feeling detached from and unfamiliar with the rituals practiced in my community. However, there is one unique practice that keeps me connected with the elderly members of my community: communicating through the language of Taiwanese.

Since I was young, I have been practicing my ability to speak Taiwanese. Many of my foreign friends were actually surprised when I told them the difference between Taiwanese and Mandarin: Mandarin is the current official language in Taiwan, while Taiwanese is a local dialect spoken by most of the elderly generations in our community. When I asked my classmates about their ability to speak Taiwanese, only a few of them knew some basic phrases, such as “how are you” and “thank you.” Surprisingly, some were even shocked that the Taiwanese dialect existed in Taiwan. Although Taiwanese has been forgotten by many teenagers in my generation, I believe knowing the dialect and history of Taiwanese is how I connect with the elderly members of my community, such as my grandparents.

Unlike most of my peers, I have been living with my grandparents since I was a toddler. Hearing them conversing in Taiwanese sparked a desire in me to learn the dialect and connect with them even more. Yet, learning Taiwanese has always been difficult for me. At the age of five, when I told my parents that I wanted to be able to communicate with my grandparents through the dialect, my parents were reluctant, as they believed that learning Taiwanese was fruitless compared to other languages, such as English. Nobody was willing to teach me Taiwanese, and I could only attempt to imitate my grandparents’ unique way of pronunciation whenever they communicated with one another through the dialect. When I was 12, I could not even correctly pronounce the most basic words, such as “hi.” It was not until one day while shopping for groceries for my grandmother at the local market that I met Aunt Xiao Lan, a new vendor at the market, who decided to teach me how to properly speak Taiwanese like a Taiwanese.

Aunt Xiao Lan was then a 59-year-old woman who sold onions and carrots next to the duck yard. I still remembered the shock on her face when I told her my desire to learn Taiwanese: “None of my sons and daughters knew nor ever wanted to learn Taiwanese, and you tell me that you want to learn how to speak through the dialect?” she asked with complete awe and slight puzzlement. I nodded. The next day while walking to the market, I saw Lan walking to me from her stand while waving joyfully. “Are you sure you want to learn Taiwanese? I can teach you every morning when you come to the market,” she told me. I began to learn some basic phrases from her every day, hoping to one day be able to communicate with my grandparents with ease.

Through Aunt Xiao Lan’s assistance, my pronunciation and understanding of the language grew immensely. I became able to comprehend every part of my grandparents’ conversations as my brain quickly adapted to Taiwanese words that used to sound foreign to my ears. With just a few weeks of practice, I could articulate complicated words effortlessly without getting my tongue twisted like I used to. I devoted dozens of sleepless nights in my room to perfecting the language, wearing my earbuds and listening to the recordings of Aunt Xiao Lan’s voice in order to master the Taiwanese pronunciation by repeating after her thousands of times. I also went through multiple notebooks to jot down vocabulary and grammar rules so I would not forget them. I was motivated to study and practice more Taiwanese so I could eventually converse with my grandparents using their native tongue.

One night, while I was buried in my books studying Taiwanese, I heard a soft knock that quickly snapped me back to reality. I scurried to close all my books and stuff them in my drawer because I thought it was my dad. Yet to my surprise, the person opening the door was my grandmother.

“I did not know you could speak Taiwanese so well,” my grandmother said in broken Mandarin. She must have overheard me repeating Taiwanese words from Aunt Xiao Lan’s recordings. I just scratched my head and smiled embarrassingly.

“Thanks . . . um, I learned it from the lady at the supermarket,” I told her sheepishly.

“That is great! My guai sun (dearest grandson) can finally speak Taiwanese with me!”

Even though the tone of her voice was ecstatic, I could tell from her long face that there was something going on. I decided to ask her in Taiwanese.

It was our first real conversation together as grandmother and grandson. Before that, we never said anything except “come eat dinner” or “Grandma, I’m going to school.” For the first time, I was able to know my grandmother other than how many pills she needed to take every day. She told me that tomorrow was her mother’s memorial, and she was preparing her mother’s favorite meal — vegan beef noodles — to commemorate her. She recalled the times when she and her siblings helped out at her mother’s beef noodle shop.

“Was great-grandmother a vegan?” I asked bluntly.

“No, silly,” my grandmother laughed. Back then, beef was extremely expensive. It was practically gold, according to her. My great-grandmother had to save up beef in order to sell affordable beef noodles to the students and single mothers. That was why her shop was the most popular one in the town. I was so intrigued by my grandmother’s childhood stories and stayed up all night helping her prepare for my great-grandmother’s meal, just like how my grandma used to help her mother.

I had tasted my grandmother’s beef noodle soup before, but I never knew there was such a touching story behind it. Learning Taiwanese definitely helped me get close with my grandmother and know my ancestors a lot better.

When he wrote this piece, Po-Ting (Duke) Lin was a high school junior from Taipei, Taiwan who studied at the bilingual side of Taipei Fuhsing Private School. As a student who comprehends both Mandarin and English, Duke yearns to show his Taiwanese identity through the medium of English. Besides literature, he never stops pursuing his dream of becoming a medical biologist in the future.